Never start with never, or else... 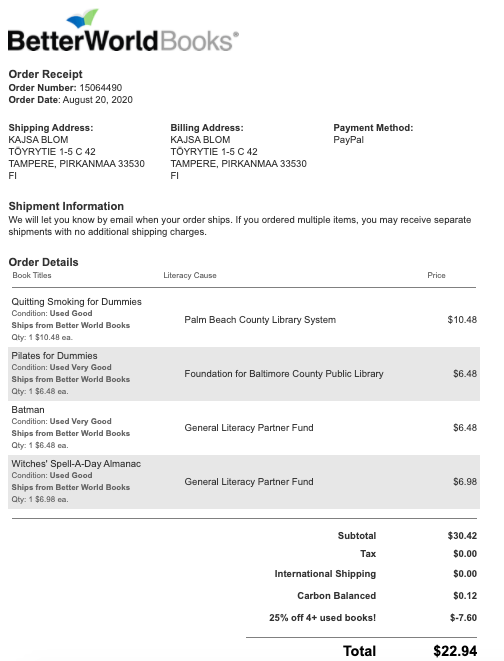 Had this on my desktop. My screenshots go there.

Someone was selling a dvd reader for macbook air in the facebook marketplace. I wish I could buy that and the rose gold wig.

I'm not sure if I can even afford the last month of Adobe lisences on this.

Money does cover running costs. And if those aren't paid, it's quicksand real quick.

Even the guy who was behind McDonalds knew it when he ditched real milkshakes to a powdered form. Nowadays it's just harder to get a milkshake because the machine is always dirty. It ain't broke, it nasty!

Afternoon sunshine in a cold brisk autumn air outside. I won't go outside even though I like to be on my balcony. Too windy and no nicotine to get. Just gum, maybe.

Sunday funday started a new blog in English... not sure how or what the hell thoughts it's raising. Probably none.

I'm not a comedian. I am a blogger. =I kill my darlings first and towards the end the nothingness intensifies. This has been a sample post.

I walked to my nearest pizzeria today and there was free stuff to take on my walk there in cardboad boxes. So now I have sesame oil and a non-alcoholic party bottle of something, perhaps I'm guessing pear pop soda something... Someone put an umbrella on the boxes on my walk back but it wasn't raining so I didn't take that too lol the text to take freely was hidden lmao

can't explain. Things sound better inside my head. I'm happy. I ate a ham& pineapple pizza in like ten minutes and burnt my mouth a little again. Tomorrow is pay day for living benefits and I should pay some bills. I had nothing so I loaned the pizza money from my mum. She wants to buy me a pair of shoes. Whenever we went shoe shopping when I was little, we argued. She spat on me or hit me or something else happened... I hope this is her feeling bad.

Boarded in the house.

Been thinking of people who've blocked me. Lateleys. Of calling them or sending a text to remind them of myself. Missing them when they've cut me off from their tiny world. Reasons they be delusional all right

Not hearing from peoples. Not anyones, though... sigh!

I don't need too. Inner voice be loud. Intuition be right.

I have not given birth to media today just been digesting it.

Life is boring. Life is Hell. Satan is your buddy and he's not said a word during your whole ride.

I missed the part where Kenny died

People please. You owe me. Apologaies.

Shit I'm lucky and what do I do with it. The same thing everyone else would. were they me. Blinded by their stupidity. There are as many stars... but how much of the ocean have we studied?

New spieces come and they go, don't get too attached to polar bears they'll have to go extinct... Wolves move South, which one of the two wolves are you.

Indian saying. Chinese proverb. Finnish idiom. Those things disappear, like a fart in the Sahara desert. Life isn't peachy. You can bring a knife to a gunfight.

Nothing is important except gardening and even that isn't so important.

It's late you shouldn't bother me. I never wear socks at home but it's that time of year when woolly socks call to me.

When are you: panicked and scared. What if everyone spoke the truth. Dun-dun-duu

I answer no questions, you tell me no riddles. What is language, if not the perfect thought bender. Sense makes not senpai and job I had none.